SET LIST:
Toys In The Attic
1:45
Damnation
Pay The Due
Black Magic
Take Me Away

WITCH returned to the Sunset Strip for their first show at The Whisky since June 8, 1988. This was an abbreviated six-song set, opening for one of their favorite bands ANGEL, and they took the stage at 6:30pm. As is the case with Strip clubs these days, all bands (even ANGEL) used the house backline including drum kit. This put Jim on stage left and Ronny on stage right. No banner, flaming drumsticks, fog or other effects were used. The band had dinner at The Rainbow following their set, and Punky and Ronny returned to the club to watch ANGEL's set at 11pm. Punky had a chance to meet his namesake Punky Meadows (who then questioned Peru on how he got his name), but was unable to get a photo together. All photos by Kelsey Boyer. 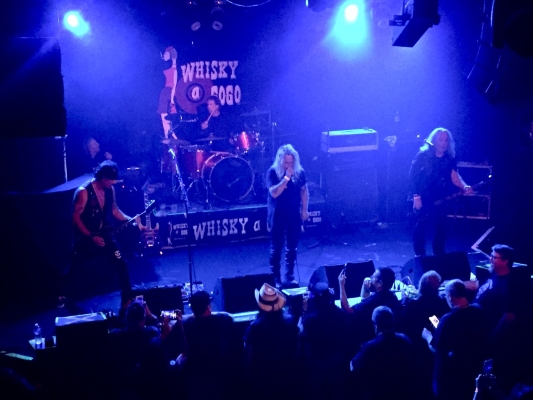 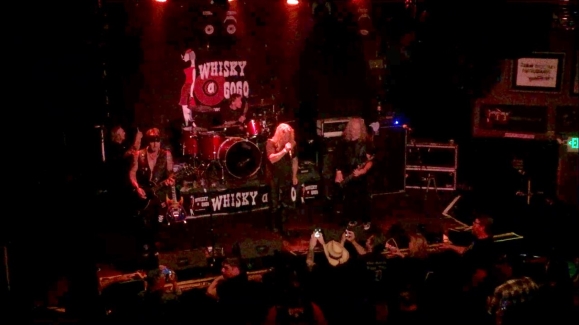